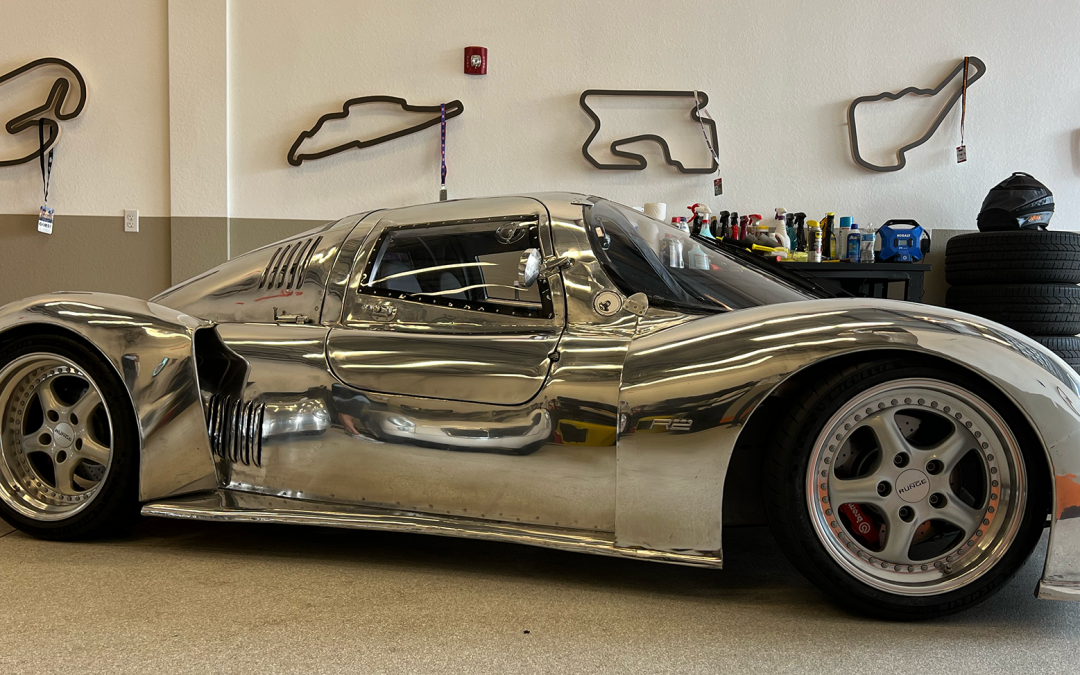 For a number of years, I have admired Runge automobiles. The design, the craftsmanship, the attention to detail, are all simply incredible. Like any masterpiece, the longer you look at the piece the more detail you notice and the greater your enjoyment. Until earlier this week I had never met the creator of Runge cars, Chris Runge. Chris will be the guest speaker at Nord Stern’s Green Flag Party on January 14th.  Jeff Eckroth and I drove up to his shop near Alexandria to discuss the dinner and for me to meet Chris and see his shop.  Nord Stern is in for a real treat.

Chris’ story is compelling. He had a dream as a boy of building his own car and we enjoy the realization of that dream in the cars he creates. At the party we will hear from Chris how this came to be.  Teaser – before building cars full-time he was a professional snowboarder and designed snowboarding equipment for Burton.  For the past several years he has created cars full-time in his rural Minnesota shop.

I asked Chris about his inspiration for the design and build of Runge cars. He pulled out a book and opened it to the page below. The 1953 German Grand Prix at the Nurburgring.  One of his primary inspirations could best be described as post-war prototypes. Most of these cars were built in the same manner Chris uses to build Runge’s today. Spindly tube frames with hand formed aluminum bodies. The goal was very light weight as most of these cars had far less than a hundred horsepower. You are likely most familiar with this concept in the Porsche 550 Spyder which was introduced in 1953. The era came to a close in the early 1960’s with the development of fiberglass bodies which were much easier to manufacture.

Below is a photo I took in Nord Sterner Jim Breakey’s garage. Jim will also be at the dinner and will relate what it is like to own a Runge (or two.)

His latest project is a homage to the RS60.  It will be a Runge envisioned RS60 Spyder. We hope to have the chassis on display at the dinner.

Nord Stern has an incredible history of great speakers at our dinner parties. These have ranged from Curt Brown, a space shuttle pilot, to Le Mans winner Derek Bell, to Formula 1 World Champion Phil Hill.  See Nord Stern History Post 44. The Green Acres Event Center is a great venue so this should be a very special event. Sign up today!