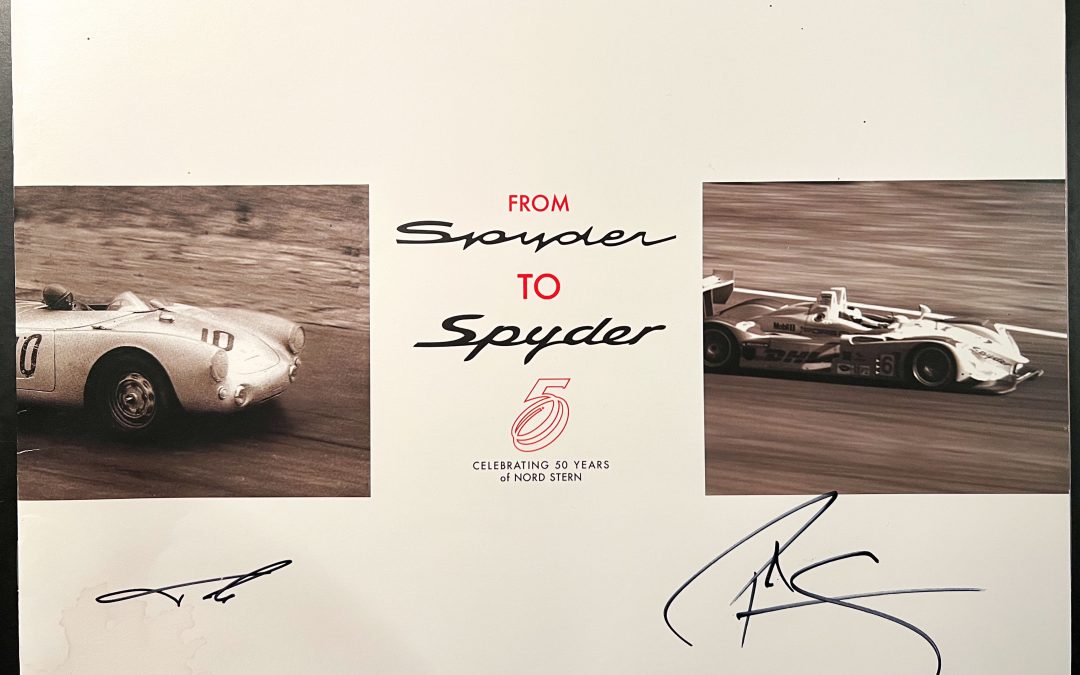 I got some feedback regarding Post 39 featuring Patrick Long where I referred to the 50th Anniversary booklet. Seems in 13 years time some members have misplaced their copy and many never got one. I scanned the 30 page booklet and you can access it at the link below. There was also a booklet at the end of our 50th year which was distributed at an end of the year “Garage Party” which was held at Carousel Porsche. David Murry was the speaker. These booklets seem to have “legs” and still represent the rich history of Nord Stern.

The booklet and slideshow for the 50th gala was what really got me interested in Nord Stern history. Mark Bouljon and I were tasked to work up as much of Nord Stern’s history as possible primarily because Mark had a collection of Panoramas that had some early references to Nord Stern. We then reached out to members like Larry Skoglund and Hank Godfredson who had a treasure trove of photos. It was one of those things that built on itself. You would find something and it would lead to something else and so on. As you will see in the booklet we were also able to find several very early members and work up quite a bit of the Region’s history. The booklet was edited and produced by 356 Registry Editor Gordon Maltby who did an amazing job with it.

There is a fun correction of an item on page 6 of the 50th booklet. For decades we credited charter member John Peterson with creating the ear muff logo. A couple years ago John reached out to me inquiring if I knew where his 356 Carrera GT may be. I do not, but it did open a dialog. I sent him the booklet. He called and said he did not create the logo. He did, however, come the name “Nord Stern”! This discussion and a bit of research led to confirming that another charter member, Gordon Ochswald, created the logo. In 1959.

Click here for the 60th Anniversary slideshow which builds on the 50th show. It includes the history of PCA.