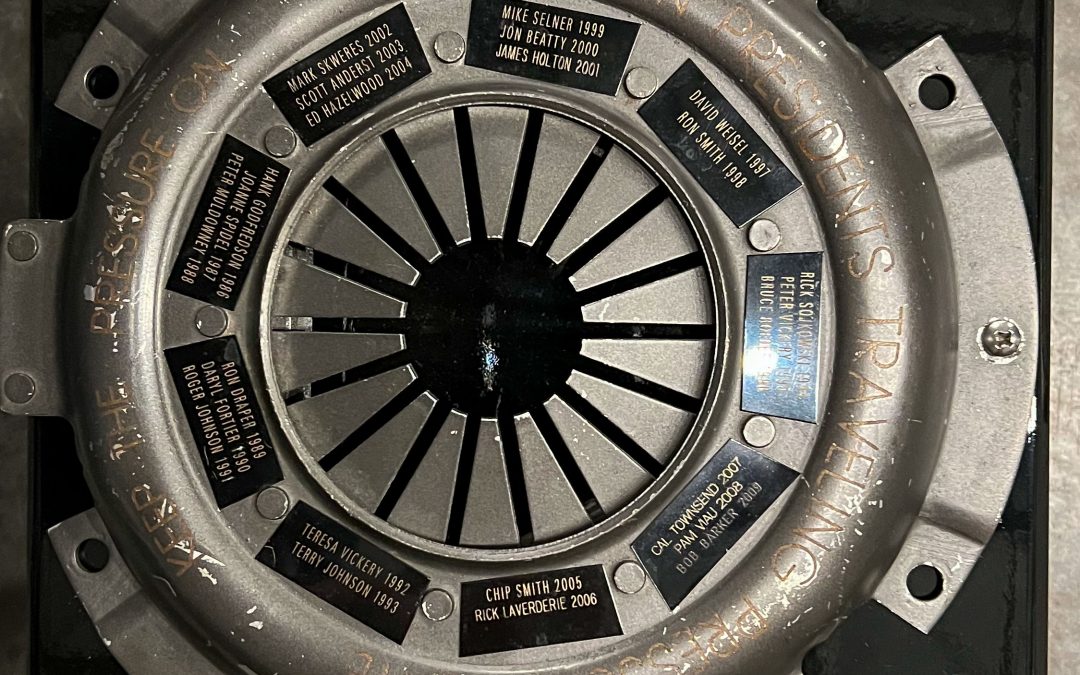 The “award” was created in 1987 initially as sort of a gag gift from 1986 President Hank Godfredson to 1987 President Joanne Spiedel. Joanne passed it on to 1988 President Peter Muldowney and a tradition was created. The dirty little secret is that the pressure plate itself is from a Datsun 510 Hank was racing at the time. He cleaned it up and gave it to Bill Groschen who did laser engraving and mounted it on a wooden plaque. Originally Bill laser engraved the names on it but over the years it filled up so plaques on top were commissioned. When that filled up, the plaques were mounted on the sides around the pressure plate. Through the years it has developed quite patina as it is quite heavy and not really something you can casually hang on the wall for the year you have it. Clearly it wasn’t treated with a lot of love. In 2019 it was given a new life with a new base and plenty of room for future recognition of Nord Stern Presidents. 2022 President Steve Kemp receiving it from 2021 President John Velure passing on the tradition.

Watch for it on display at the Winter Party. Looking through 37 years of names is pretty interesting. I found this photo of the pressure plate prior to its upgrade in 2019.