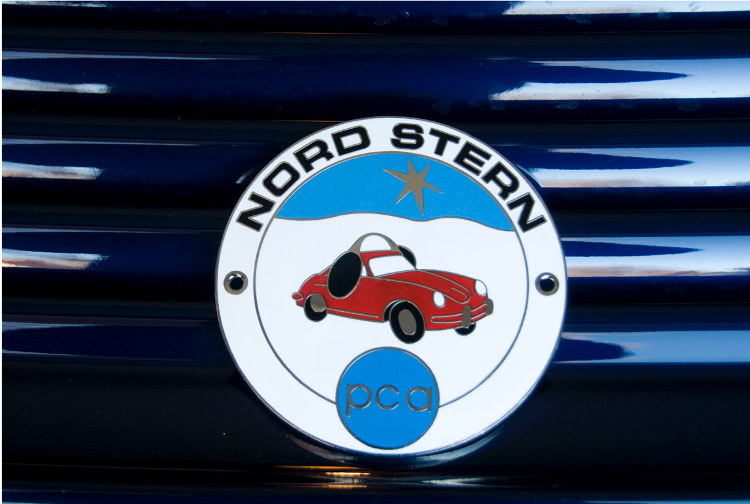 John Peterson coined the name Nord Stern in 1959. He was one of the charter members of the club.  I recently spoke to John who is in his 80’s and lives in Plymouth. He was wondering if anyone knew the whereabouts of his  Ruby Red ’59 Carrera GT Speedster. This would be the 1.6 liter 4 cam with aluminum body parts. A very rare car.

John has confirmed that the logo was designed in 1959 by Gordon Oschwald. Unfortunately Gordon passed away in 2002.  John recalls the discussion of the elements of the logo, including the car, the snow, and especially the North Star.