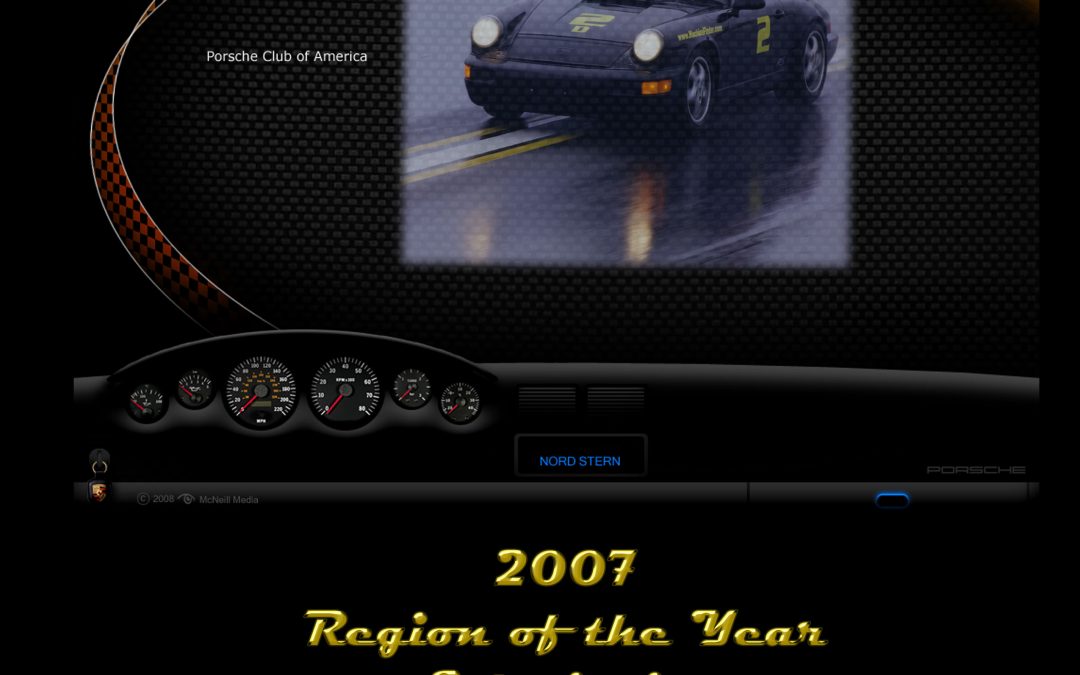 The Ferry Porsche Award was given by Ferry and Dorothea Porsche in 1961 to the Porsche Club of America as a traveling trophy to recognize the outstanding PCA Region for the previous year.  The Nord Stern Region was its 47th recipient.  Peter Porsche, 3rdson of Ferry and Dorothea, presented the award to the Nord Stern Region, represented by Christie and Bruce Boeder,  at the Club’s annual “Parade” in Charlotte, NC on June 30th, 2008 in recognition of the Region’s 2007 activities.  The Nord Stern Region was 705 very active members who attended 45 events over the course of the year. These activities ranged from social gatherings to the Region’s annual Loonacy Club Race at Brainerd International Raceway. The text on the award reads:

In Appreciation of LOYALTY

PORSCHE CAR and the PORSCHE IDEA This emblem will forever be mounted on the award.

Nord Stern’s submission was a bit unorthodox in that it was submitted by video on a DVD. You can view the submission here.