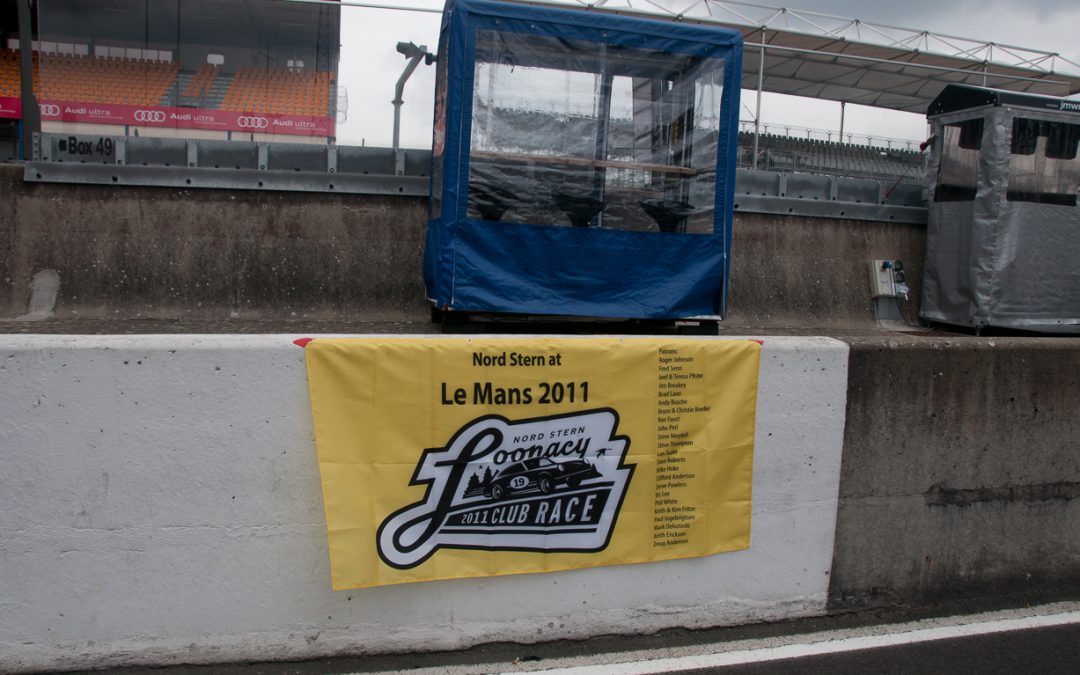 In 2011 former Porsche factory driver David Murry went to Le Mans driving the Robertson Racing Ford GT. David became a friend of Nord Stern in 2009, PCA Club Racing started the Pro Coaching Program and piloted the program at our Loonacy Club Race.  The program is still in place today and David continues to be the Pro Coach. He returned later that year to be the guest speaker at our 50th wrap-up dinner which was held at Carousel Porsche. A friend of Nord Stern to this day. Robertson Racing had a program were you could have your name on the car. We put together a consortium of Nord Sterner’s to have the Loonacy logo ride along for the 24 hours.  I like to think it brought them good luck as Andrea and David Robertson with David Murry became the first married couple to podium at the classic race. David Murry with a banner on the pit wall in front of the Robertson pit stand at Le Mans. Of course, like almost everything at Le Mans that you don’t pay exorbitant fee for, the official assigned to each pit box put a stop to it almost immediately.